This is our analysis about consumers’ habits on organic food in Vietnam. We strongly believe in the promotion of organic food and to do it, he most important factor is the awareness of consumers.

A research conducted in 2019 investigates the integrative effects of consumers’ personal factors and their situational context on their attitude and purchase behavior associated with organic food.

Everybody knows that the consumption of food has a significant impact on the environment, individuals and public health. Food consumption is associated with environmental issues such as increased greenhouse gas emissions, water scarcity and pollution. Consuming food containing undesirable residues and microorganisms causes severe individual health problems, e.g., pain, illness and death.

So, promoting and accelerating the adoption of more sustainable food behaviors is necessary for enhancing environmental sustainability as well as individual and public well-being.

Sustainable food behaviors should be prioritized in developing and emerging countries which are facing serious environmental problems and a colossal increase in food consumption.

Organic food purchase and consumption has been widely regarded as contributing towards sustainable behavior.

This is partly driven by consumers’ socio-environmental responsibility in addition to their personal interest and choice.

Organic food can be broadly defined as products which are “grown without the use of pesticides, synthetic fertilizers, sewage sludge, genetically modified organisms, or ionizing radiation” as well as products produced “free of antibiotics or growth hormones”.

The high price of organic food has been identified as the most relevant barrier to organic food purchase and consumption in previous studies.

The research conducted by the group study considered 4 main thesis:

They choose organic meat because this category has been largely unexplored. Secondly, given that Vietnamese people’s expenditure on meat constitutes 14% of their total food expenditure [32 GSO. Viet Nam Household Living Standards Survey 2012; General Statistics Office of Vietnam: Hanoi, Vietnam, 2012.], meat is among the most popular food products consumed in the country.

It is expected that Vietnamese consumers will consume more meat in the coming years.

This is a particularly controversial issue since meat production and consumption is among the largest contributors to environmental problems, such carbon dioxide emissions and excessive land use. Thirdly, antibiotic and veterinary residues in meat have received widespread attention from Vietnamese consumers and media. This may be a driving factor for organic meat consumption. 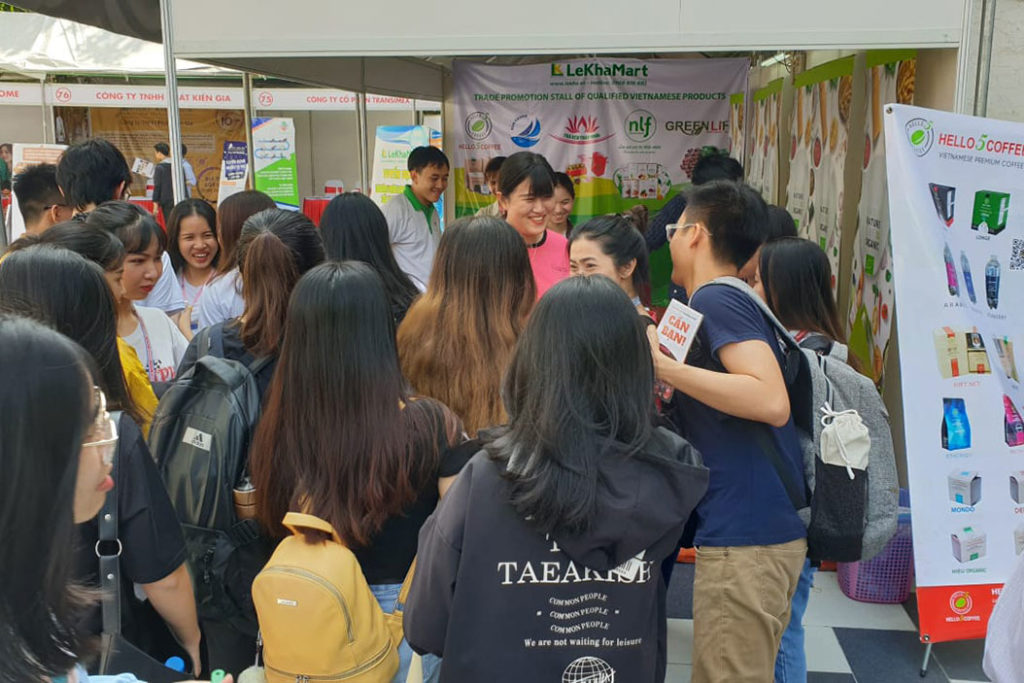 Results of the research and trends

Vietnamese consumers’ attitudes towards purchasing organic meat are not significantly translated into their actual purchase behavior, mostly because of the high price of organic food.

Still, Vietnamese consumers have increasingly expressed environmental concerns through their purchase decisions associated with eco-friendly products, such as organic meat. The researchers highlight that:

These initiatives should be supported by intervention strategies aimed at enhancing consumer attitude towards purchasing organic food.
Education and communication programs should be jointly developed by the stakeholders to increase consumers’ knowledge about organic meat as well as their awareness about the safety, environmental and health benefits of organic meat.

The role of Organicity

In this previous article, we already said that the market of organic food in vietnam is growing slowly, but constantly. The study reported now adds more reasons to say that Organicity has an important role to share the knowledge about organic food and the value of organic certification. Plus, we also monitor policy makers’ decisions in emerging countries like Vietnam and we work to develop and support green marketing practices.

This is an article based on the research:

“Organic Food Purchases in an Emerging Market: The Influence of Consumers’ Personal Factors and Green Marketing Practices of Food Stores”,
published on the International Journal of Environmental Research and public Health.