The history of pizza across time and space

This is the history of pizza, a journey through space and time and different cultures.

Follow the fascinating journey of a simple dish rich in history, ingredients, taste, and glory. From the bread disks cooked on stone in the taverns of Naples to the conquest of the whole world, discover the history of pizza.

We would like to underline how a traditional dish like this one can be totally personalized with organic certified ingredients in order to make it truly natural and tasty. Here, we suggest how adapting your recipe by using organic ingredients to create an amazing pizza.

Once agriculture was born, in the Near East people started to cultivate selected plant species such as spelt and small spelt, barley, legumes and flax. Cooking polenta on the stone became common since the lower Neolithic, and it was usually made of toasted and milled cereals or unleavened bread. 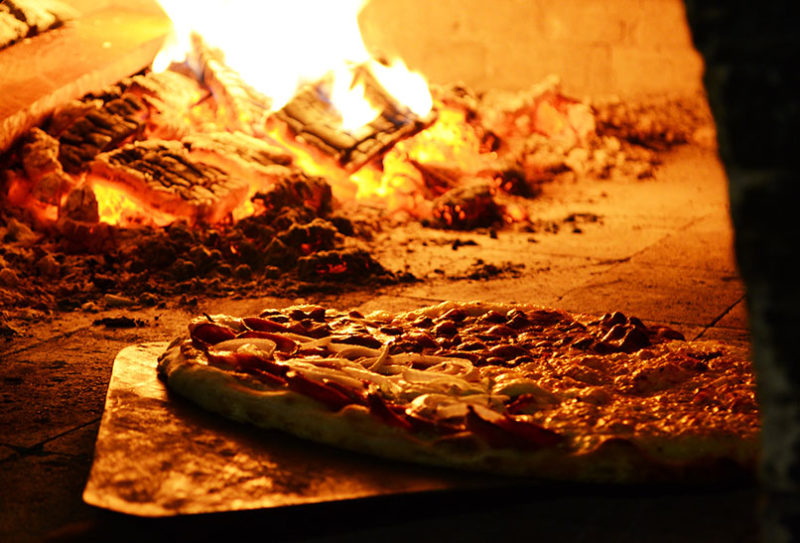 Pizza and the pyramids

It was the Egyptians who discovered baking powder: thanks to the rising, the doughs of crushed or milled cereals become soft, light, more tasty and digestible. Bread became popular.

The current wheat derives from the Roman one, through selections and crossings between different types of spelt known at that time. The Italian word “farina” (“flour”) comes from “far”, the Latin word for “spelt”. Peasants usually kneaded wheat flour with water, herbs and salt, and then put this round focaccia to cook in a hole dug in the earth, with the heat of the ash. Sometimes Romans also used bread disks as plates to contain gravy dishes.

The word “bizzo” or “pizzo” from the German “Bissen”, means “bite”. It arrives in Italy with the Longobards: from bite to mouthful, through a piece of bread, to focaccia, there is a logical path of sorts. In Medieval Latin Codex Cajetanus, for the first time a focaccia is called “pizza”. It happens again in 1195 in a document from Penne, in the Abruzzo region.

A few years later, the poet and essayist Benedetto Di Falco says that “focaccia in Neapolitan is called pizza” in his description of ancient Naples’ places. 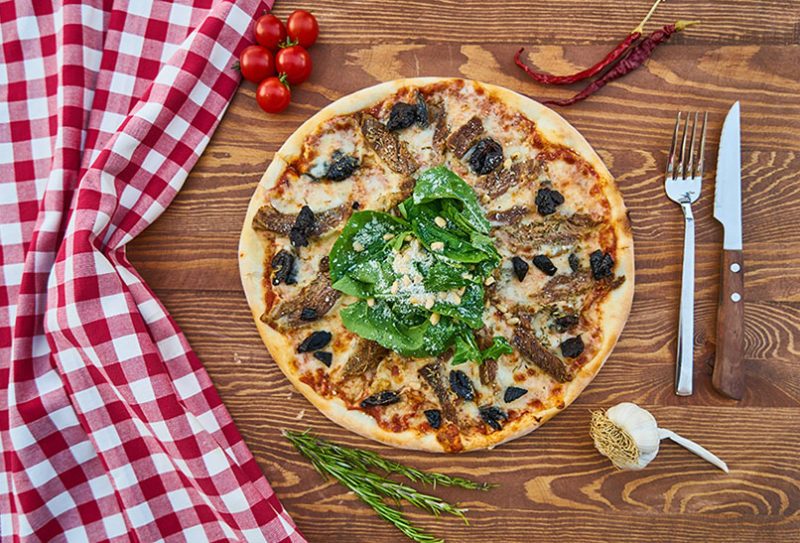 The traditional “schiacciata” of wheat, kneaded and seasoned with garlic, suet and coarse salt continued to be popular in southern Italy, then olive oil took the place of suet and cheese was added, along – once again – with herbs.

At the beginning of the XVII century, a scent of basil appears with the pizza “alla Mastunicola” (“Master Nicola’s way”, in local vernacular). Since that moment on, basil became a basic and essential ingredient of pizza.

It’s only in the second half of the XVIII century that an exotic vegetable arrives in Italy, imported from America: tomato.

Pizza is already very popular in the middle class, but barons, princes, and kings love it, too. It is usually offered at the Bourbons’ banquets, Ferdinando IV orders to cook it in the Capodimonte’s furnaces.

The first recipe of pizza as we know it nowadays is probably mentioned in a treaty printed at Napoli in 1858, describing the way in those years the “true Neapolitan pizza” is produced.

When the city was still the capital of the Kingdom of Two Sicilies, Francesco De Bourcar, a Neapolitan author born in Swiss, described habits and customs of Naples. He specifically mentioned a sort of pizza Margherita ante litteram, with mozzarella and basil:

“others pizzas are full of grated cheese and dress with lard, and then some basil leaves on it. Then some thin slices of mozzarella. Tomato is used sometimes… moreover, “whatever comes to mind” can be used as dressing”. 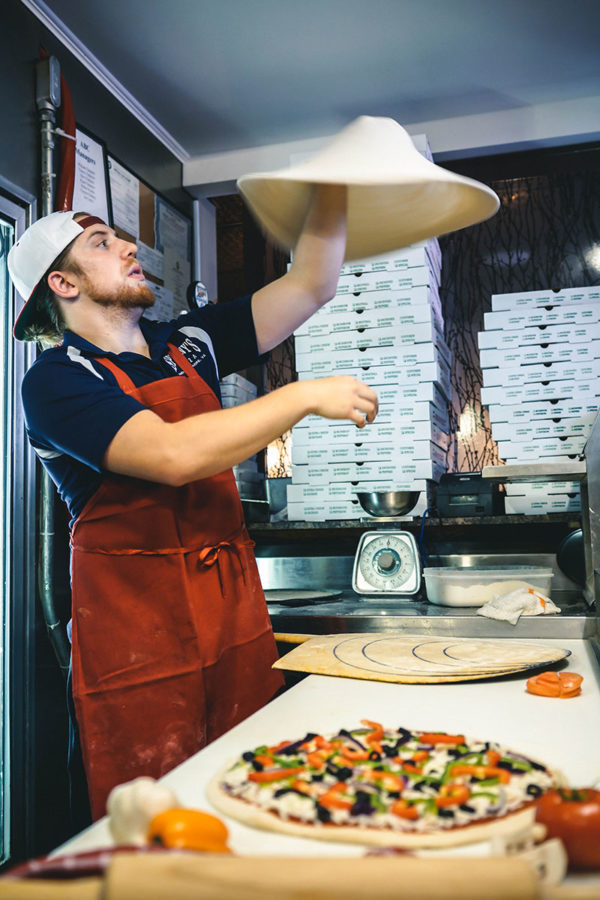 Here’s the pizzaiolo, the pizza maker or “someone who makes and sell pizzas, in Napoli” as we find in the Zingarelli Dictionary of 1922. Matilde Serao, the first woman founder of a journal in Italy, introduces the word to us, among the evidence collected in Naples at that time with Edoardo Scarfoglio:

“Pizza maker who has a shop and, during the night, prepares a large number of these rounded schiacciate, of a dense dough, that it burns but doesn’t cook, full of almost raw tomato, garlic, pepper, and oregano”.

“One day, a Neapolitan entrepreneur had an idea: being pizza the top Neapolitan food and being the Neapolitan colony in Rome really wide, he thought to open a pizzeria in Rome. At first, the crowd came togheter, but diminished quite soon. Away from its natural environment, pizza sounded kind of fake: its  star turned pale and went down, in Rome. This “exotic dish” died in this Roman solemnity”.

Raffaele De Cesare writes in his historical essay “The end of a kingdom”:

In the “Modern Dictionary” published by Hoepli in 1905, in a guidance to the neologisms of that time, Alfredo Panzini wrote:

“Pizza: vulgar name of a very popular Neapolitan food. It’s like a very leavened flour’s sheet. Sprinkled with tomato, fresh cheese, anchovies and more, it’s put in the oven where it swells and cooks quickly”.

Pizza and the institutions today

European Union recognized and guaranteed pizza as a traditional dish in 2010, while since 2017 the art of the Neapolitan ‘Pizzaiuolo’ is inscribed on the Representative List of the Intangible Cultural Heritage of Humanity.

What brings such a poor food to become an Italian symbol famous all over the world, where about 5 billion pizzas are eaten, it’s something magic – and it’s made with dough, tomato, mozzarella, and basil.